There is a dangerous misunderstanding about the Paris Agreement whirling around the new US administration. Opponents argue the global accord imposes unfair costs and hampers US economic progress; in fact, the Paris Agreement is a first-of-its-kind climate-energy-trade agreement, where each nation is rewarded for doing what is best for its long-term economic resilience and prosperity.

The United States, in particular, is positioned to be one of the biggest winners in the global economic transition motivated by the Paris Agreement. There are several reasons for this:

Most importantly: the Paris Agreement is oriented toward eliminating the highest-cost market distortions in world history; Paris Agreement fulfillment will leave the US with a far more efficient Main Street and financial market economy.

There is no pathway to secure future prosperity that does not include fulfillment of the Paris Agreement’s climate and energy goals. Failure to innovate at or above the necessary speed, within any national economy, will leave that economy without access to the most efficient wealth-building opportunities of our time.

Contrary to the view of self-fashioned pro-business free marketeers, the Paris Agreement will not interfere with the expansion of investment opportunity.

While markets play with fluctuating values within a regime of relative scarcity, nothing is more threatening to an open marketplace for exchange of goods and services than extreme scarcity of the kind that threatens life and civilization. Crop collapse, drought, persistent water scarcity, dislocation of climate patterns that feed agriculture, coastal erosion—these drivers diminish the potency of any given dollar of investment, simply because uncertainty becomes far more influential than market dynamics, money, infrastructure or policy.

Think of the military occupations that took place in New Orleans and coastal New Jersey and New York after Hurricane Katrina and Superstorm Sandy.

Climate change is a market failure—a symptom of a deep and pervasive flaw in the way we price and interact with energy, industry, and investment. This extreme market distortion will be corrected in one of two ways, either:

The Paris Agreement is a roadmap to the value-building correction.

Those who are urging Donald Trump to abandon the Paris Agreement are in fact arguing for a situation in which value is eroded across the world, migration and conflict spread at an unprecedented rate, and the total depletion of wealth and earning potential eclipses any economic collapse in recorded history. The arithmetic is straightforward and already shows grave, unaffordable risks from failure to slow and reverse this disruption. The US may remain comparatively buoyant in a sea of chaos, but there will be economic turmoil at home and abroad, and no investor will have an easy time making good on such an anti-market situation.

Try telling your lender you think we may be a bit better off than others, but overall capital will be reduced by 30-40%. They will wish you luck and hold onto their cash. This is why a leading study of the cost of practices that ignore climate as a driver of value is called Risky Business.

Until now, human civilization, science, and enterprise, have adapted ad-hoc to local circumstance, carefully aligned political interest, and centrally controlled, highly constrained flows of information. We are now living in a networked world, where such impediments to shared learning and collaborative innovation are increasingly artificial, misplaced, and dangerous. Where walls once served to minimize risk and harm, it is now the limiting of information and collaborative capability that put us at risk.

The Paris Agreement is a trade pact among 195 nations that lets each nation choose its course. No nation is developmentally constricted or forced to incur unmanageable costs. The Paris Agreement sets standards for ethics and innovation that point toward a future free of pervasive market distortions and chaotic nonlinear climate-related impacts, and free of the costs these would bring.

The 2015 Citi GPS report Energy Darwinism II found inaction on climate change would lead to global losses in economic output through 2060 of an estimated $44 trillion. The 2017 IEA / IRENA report Perspectives for the Energy Transition: Investment needs for a low-carbon energy system found that meeting the goals of the Paris Agreement would result in a $19 trillion increase in global economic output through 2050.

The opportunity cost inherent in not optimizing this transition is simply too high for inaction.

The Paris Agreement clears the way for the most efficient possible landscape of investment opportunities relating to future energy, infrastructure, and wider human development. It is a roadmap to operational macro-critical resilience ensuring each dollar invested holds more value for achieving desired (and unintended additional positive) outcomes. 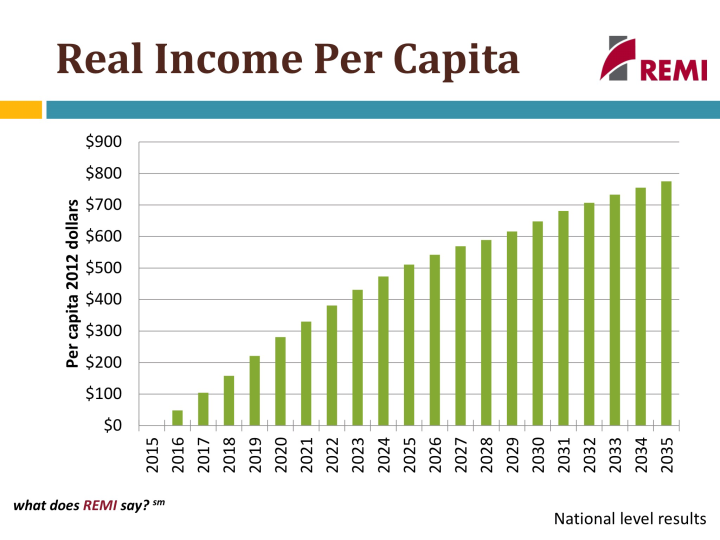 We have simple, straightforward, conservative options for shifting to a new system for economy-building energy production. A carbon fee and dividend strategy, for example, would eliminate costly market failures, add millions of new jobs, improve human health, and strengthen household incomes, all while growing the overall economy in a sustainable way.

‘America First’ cannot work, unless the global future is free of carbon distortion and climate disruption. The Paris Agreement is a policy planning superhighway to a smart, efficient, resilient, and prosperous future. There are no 19th-century subsidies that can play that role. The decision is between a more just, more prosperous, more capable future, or one that leaves millions behind.

In 2017, smart global, national, and business leadership means embracing the Paris Agreement’s standards and aims, optimizing future investments for high-value returns across the macro-economy and at the human scale, and committing—visibly, vocally, and with the daring of a true innovator—to ensure we are all moving toward a clean future of global abundance.

This is the work to be done, and now is the time.