by Joseph Robertson and David Thoreson
Published in The Guardian, February 12, 2016

On December 12, the 21st annual meeting of the world’s climate negotiators closed with adoption of the Paris Agreement. The task agreed by consensus among 195 nations is clear, ambitious, and complex: re-engineer the infrastructure of the global economy to eliminate practices that destabilize Earth’s climate system, while ensuring ongoing and expanded prosperity for all people everywhere.

That the task is difficult should not put us back on our heels. As we move into new territory, we will face new obstacles. This is how we learn, how we know if we are up to the challenge, how we know which adjustments to make, and how we succeed in crossing an unknown ocean.

For centuries, explorers have sought to navigate the Northwest Passage—a shortcut from Europe to Asia that wouldn’t require sailing around the southern extremes of Africa or South America. For much of that time, the idea was something between a flight of fancy and a dangerously unapproachable challenge. Many have died making the attempt.

Twenty-one years ago, in the summer of 1994, a 57-foot fiberglass sailboat named Cloud Nine set sail, with captain Roger Swanson at the helm. Cloud Nine carried a crew of six, who were attempting to transit the fabled Northwest Passage from east to west. There was a tremendous amount of pack ice choking off all the routes through the Passage that summer, and the crew of Cloud Nine was forced to abandon the voyage and retreat out of the Arctic. 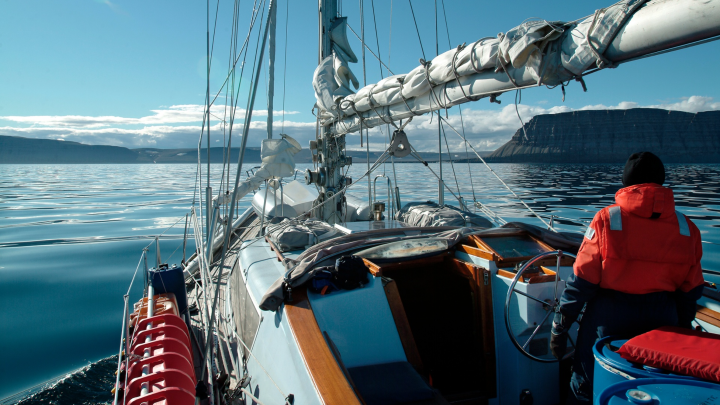 Thirteen years later, in the summer of 2007, Cloud Nine returned to the Arctic for another east-to-west attempt. This time around, the crew of six discovered little to no ice in the Northwest Passage. To the astonishment of those on board and of those watching their transit, the nearly 7000-mile voyage took only 73 days, and Cloud Nine never touched one piece of ice.

Read the full article, and learn how we are navigating this new reality, on the Guardian website:
http://www.theguardian.com/environment/climate-consensus-97-per-cent/2016/feb/12/the-new-age-of-climate-exploration